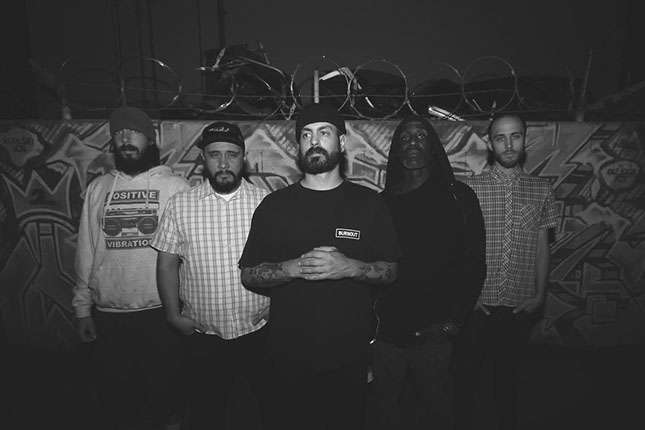 For more than a decade, U.S. reggae artists have been building a foundation from the Hawaiian islands to the east coast. This new generation of reggae artists continues to reach new heights of success with album and ticket sales, as well as winning over fans worldwide. While most modern American reggae bands are rooted in the rock reggae style, there are a few U.S. artists championing the lineage of classic roots reggae traditions, and Los Angeles-based vintage reggae revivalists The Expanders are leading that charge, building their sound around classic 70’s and early 80’s style reggae, with three part vocal harmonies, conscious songwriting, and an indie-DIY spirit.

The five-piece band comprised of John Asher (Drums, Vocals), John Butcher (Guitar, Vocals), Roy Fishell (Organs), Chiquis Lozoya (Guitar, Vocals) have been making reggae fans and critics take note with their refreshing sound that references the “golden era” of reggae. Butcher grew up listening to the record collection of famed reggae archivist Roger Steffens, and credit much of his love and knowledge to the accessibility and education of those experiences. Becoming friends with Steffens’ son, they developed an obsession with exploring the deepest reaches of the genre. The Expanders’ recent album Hustling Culture was released June 16, 2015, on indie tastemaker label Easy Star Records. Hustling Culture was the band’s third studio album, but for the band members feels like their first proper album as a cohesive unit. Asher explains, “Our first album was a collection of music from good friends making a record together. Our second album was a great covers album, but Hustling Culture is the band coming into its own with our songwriting and musicianship.” For this album we spent more time prepping and rehearsing, giving us more confidence in the recording studio. The result made the process more fun and enjoyable as we approached the songwriting in a more organized way and explored a wider range of topics than on the first album. Our combined efforts really shine through and all the musicians really stepped up and gave an inspired effort on the whole record.” In addition to the core members, their extended family includes keyboardist Roger Rivas of The Aggrolites and Rivas Recordings. Rivas has been an integral part of The Expanders’ recordings and helped maintain and produce the authentic sounds, which shine through on all the band’s releases.

The band has since released another gem, the Vol 2 of their cover series, Old Time Something, Come Back Again. The Expanders decided to go deep into their archives and the result is a great album paying homage to the genres great and often forgotten founders such as greats like; The Itals, The Ethiopians, Burning Spear, The Gladiators, Ghetto Connection, Yabby You & The Prophets and many more.