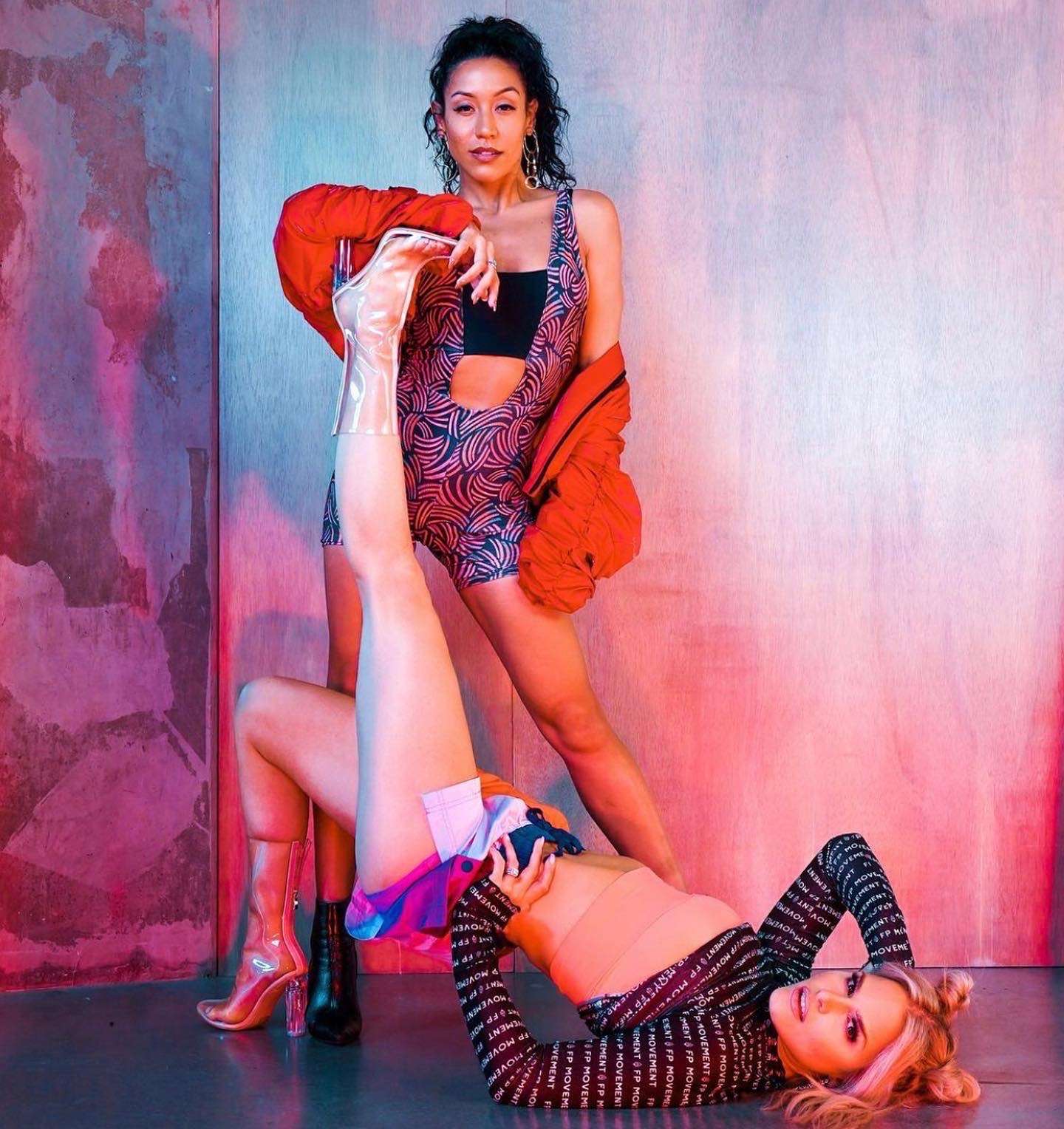 Team3xt is a Ca based dance company Created by the dancers behind the stars.

Alex and Ferly  take their experiences from the big stages dancing with artists from Beyoncé, Lana Del Rey, Usher to Rihanna and train 9-5 women and lovers of dance to share professional experiences such as immersive events, live performances and music videos. They welcome all levels and backgrounds just as dance welcomes everyone.  These women take you on a transformation journey from fear to freedom and help you own the star in you! 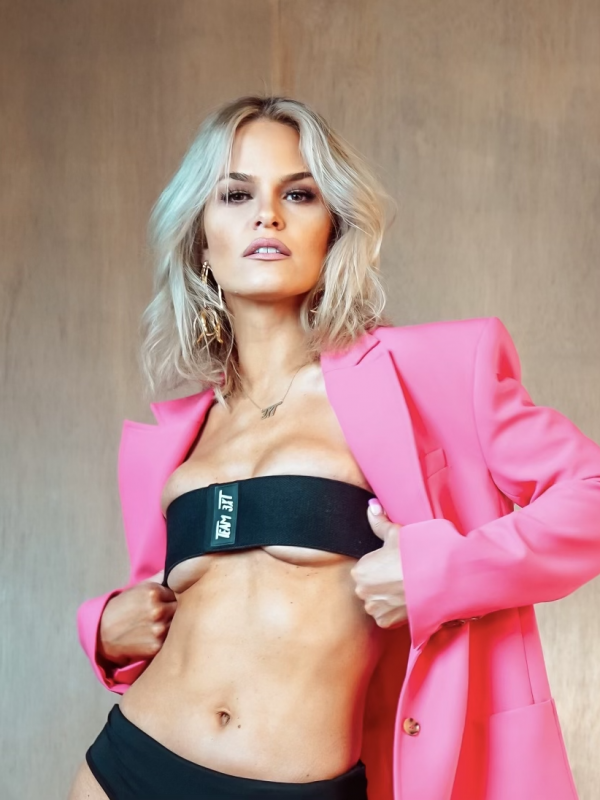 Ferly Prado was born in São Paulo, Brazil, where she entered the Entertainment world  at a young age. She began dancing at her mother’s academy, and moved to the United  States at age 12 to deepen her studies in dance in prestigious schools such as the  Kirov Academy of Ballet (Washington, D.C.), Southern Ballet Theatre (Orlando, FL), and the Debbie Allen Dance Academy (Los Angeles, CA). As a professional dancer she has  toured the world and performed in several award shows with names like Beyoncé, Tina  Turner, Cher, J-Lo, Britney Spears, Justin Timberlake, Katy Perry, Mariah Carey,  Chayanne.

Her first experience as a singer was singing background for JoJo McDuff, lead singer of  Rick James’ Mary Jane Girls. She toured the U.S. learning BV singing from JoJo herself  and singing the classics, “In My House” and “All Night Long”. She was later casted in  Steve Wynn’s ‘Showstoppers’ in Las Vegas- a show that celebrated the best of  Broadway.

SOLTA is her first record. She wanted to create a song that celebrated her Brazilian  roots and had a positive message of living your best life now. She partnered with Sean  Van Der Wilt and Casey Sullivan to bring this hot track to life.

Alex Kaye is a Los Angeles native who embarked on her career first as a  professional dancer and has worked with many artists including Lady  Gaga, Beyoncé, Jennifer Lopez, Rihanna, Britney Spears, Usher, and  more. Kaye has been one of the two backup dancers/singers that has  commonly performed with Lana Del Rey during live shows since 2016.  Kaye’s first appearance with Del Rey was at the TW Classic Festival on  July 9, 2016, following Touring various of Del Rey’s 2017 performances and  at the LA to the Moon Tour in 2018. She also appeared in the “Lust for  Life,” “Mariners Apartment Complex,” and Chemtrails Over the Country  club” music videos. Kaye was a former member of the Girl Group Nikki 16  worked closely with the guidance of Missy Elliot and recorded with Chris  Brown. A beautiful connection was made with Hey Rashé where the  creative aspirations and love for music did not expire. 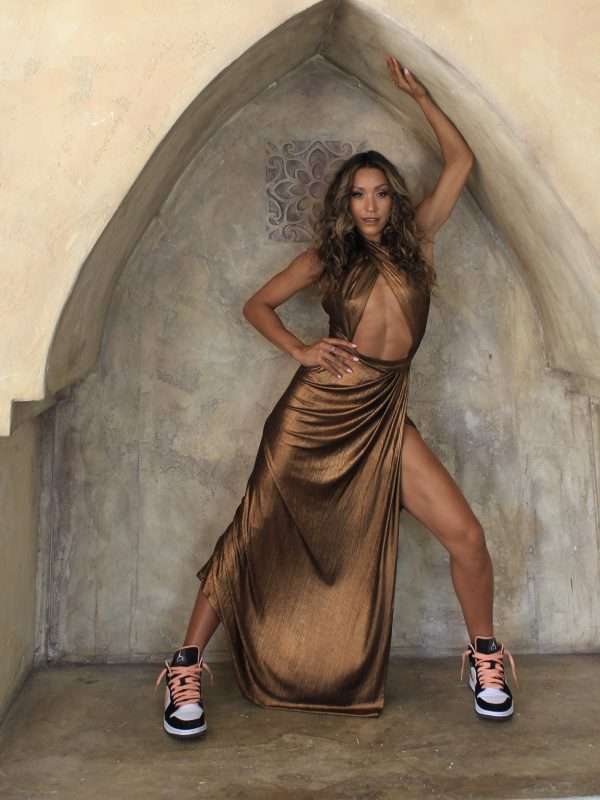 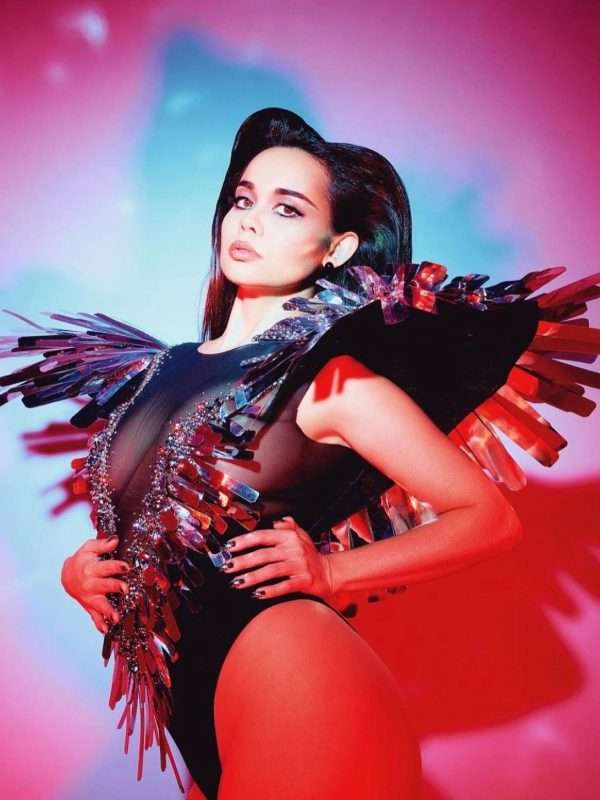 Blending the worlds of music, art, and spirituality, Oriel is a multimedia artist who truly defies labeling. With hints of Lana Del Rey and Massive Attack, her music has evolved into a mixture of sensuality, emotion, and honesty that continues to captivate her listeners. Taking the helm of not only her musical vision, Oriel is deeply involved with the visual, having creative directed multiple music videos that continue to allure millions: both fans and new viewers alike.

The talented singer/songwriter from Charleston S.C. She currently resides  in San Diego, California preparing to release her album (May 2023)… Building a fan base and getting the music heard by many is the dream.  The Album (Tough Love), heartfelt lyrics, high-energy, real-life stories,  melodious vocals, and elements of reggae, hip hop, pop, and r&b. Album was recorded at Impressive Sound in San Diego CA, and creation was supported by AHMPS producers Nelly, Hogg the Boss Man & Godson Porctia Symon’s life has certainly been full of surprises & unforgettable  experiences. True stories and real-life experiences are her inspiration  behind the album (Tough Love). She is an open book grateful to share her  passionate expression of music to connect with the world. 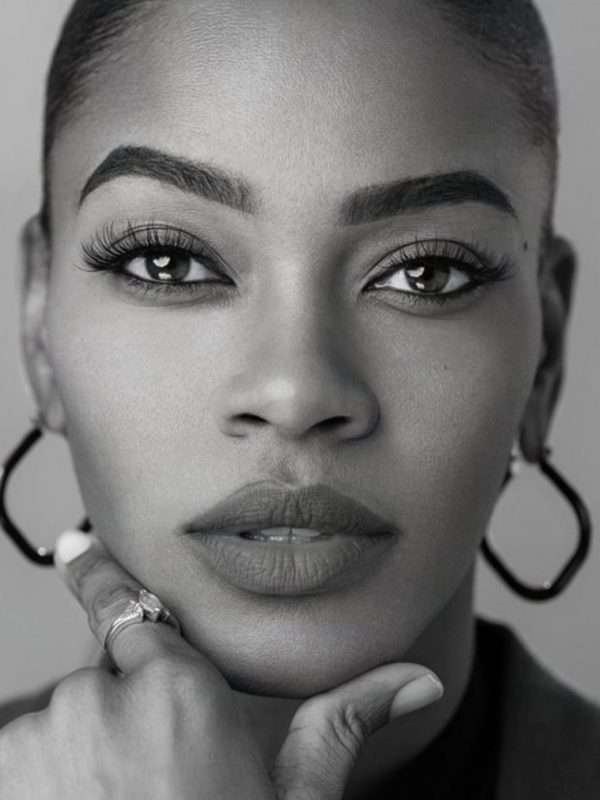 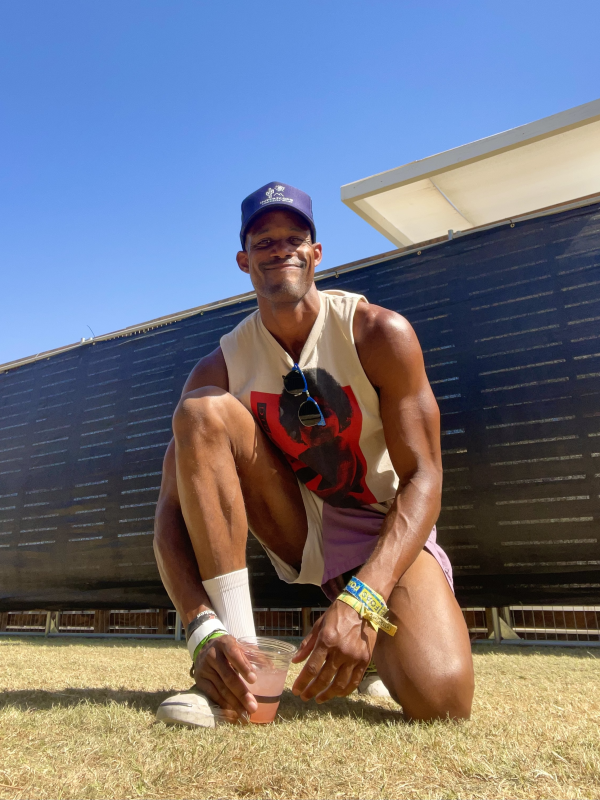 California born and bred ‘festivyl’ is a part of the new and emerging L.A. music Renaissance. A multi-hyphenate of film, fashion and music, the rising singer/songwriter’s name is one to know and remember. Hypnotic lyrics. Bumping beats and energetic vibes is what you would expect from the electrifying performer who counts Justin Timberlake, Usher and Pharell Williams as huge influences.  His familiar and current sound, reminiscent of the early 2000’s, is sure to blaze the airwaves and is to sure to top the charts and shatter indie artists records. Keep your eyes, ears and hearts open and be prepared to take a mauditory journey that you didn’t know you needed.

Born and raised in Los Angeles, music has always been a part of Rashé’s life. Growing up with a musician father and a mother who had an impressive record collection, Rashé quickly became an entertainer in her family. She would often find herself writing songs and giving performances in her grandmother’s wig and a brush in her hand. By the age of 10, Rashé was singing in her local church choir and that was when she understood the real fundamentals of singing and harmony and how they blend to make you feel emotion. During junior high and high school, Rashé attended a performing arts school, where she went on to study music, dance, and drama. Rashé signed her first major record deal with Interscope/Geffen records with the group Missez. Their hit “Love Song” featuring Pimp C peaked at #53 on the Hot R&B/Hip Hop Billboard Charts in 2006. Spending over a decade as a multi-talented artist, Hey Rashé has collaborated with Chris Brown, Missy Elliott, 1500 or Nothing, Jimmy Jam and Terry Lewis, plus many others 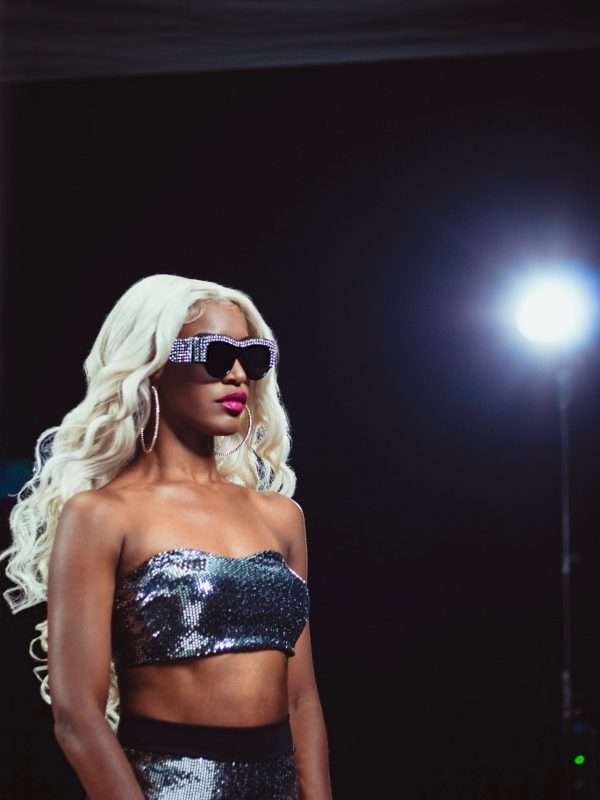 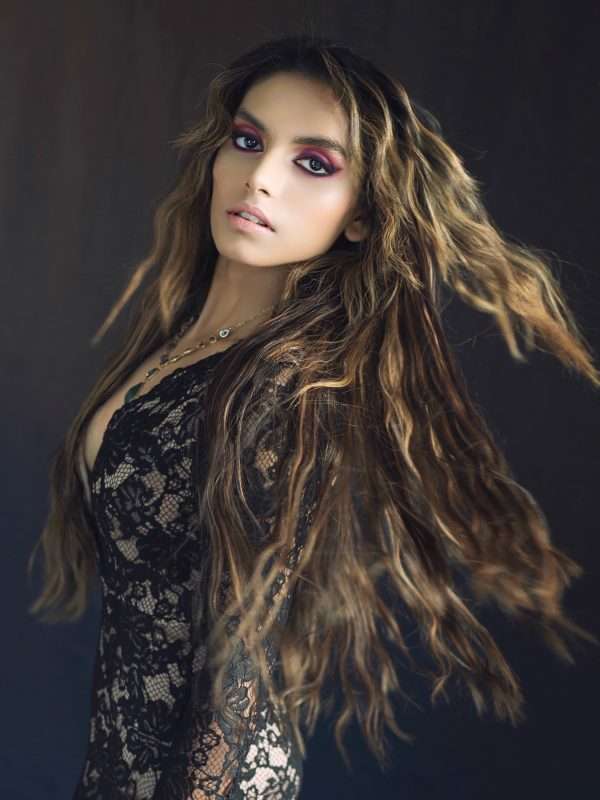 Shannon K is a singer, songwriter, actor, and influencer born in India and raised in  London. In 2018, Shannon began her musical journey with her debut single “A Long Time,” which was produced by the 4X Grammy award winner Jason “Poo Bear” Boyd (Justin Bieber, DJ Khaled,  Drake, Pink, etc. )In addition, Shannon has released the single “Give Me Your Hand” a song that focuses on how to rise above bullying and find care, support, and love in life. The lyrics for “Give Me Your Hand” are based on Shannon’s experiences with Bullying. Shannon collaborated on this song with the  Academy Award-nominated producer Kyle Townsend. Shannon’s latest single “RUN” features the beauty of her Indian culture through empowering music and lyrics.

Shannon has been awarded by Hollywood Music In Media Awards for the best original song for  Give Me Your Hand and awarded the Ifab (Indian American) awards for Best Original Artist. Shannon was also featured on BBC Asian network radio for artist of the week.