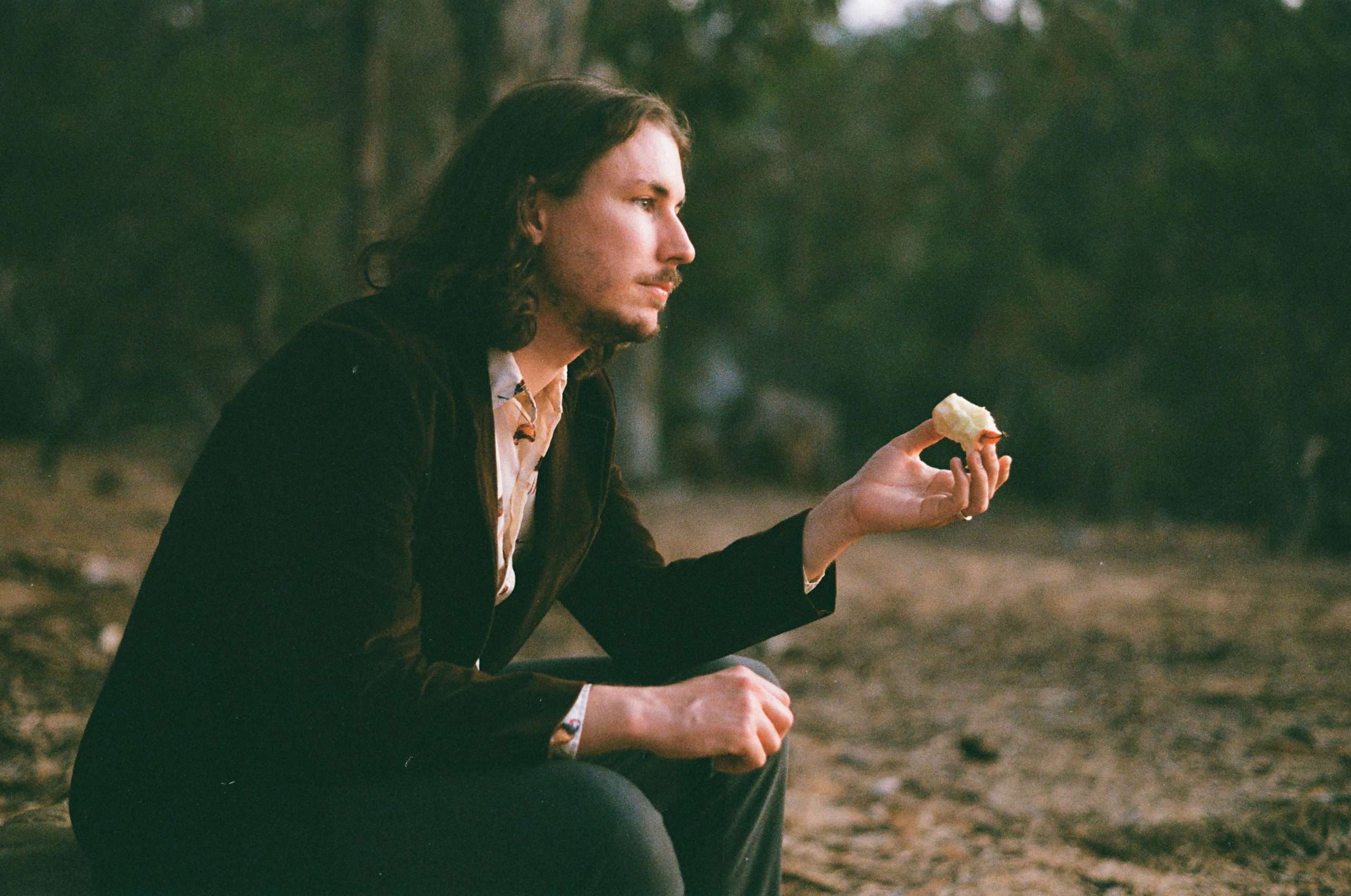 Spencer Hoffman’s self recorded debut EP ‘A Flower From Behind’ is a collection of deeply personal songs dreamt up while moving up and down the Pacific Coast before settling in Los Angeles. Hoffman has been gigging for a decade, since he, his brother and their high school friends formed the band Honyock when he was age 16. They would go on to open for such acts as La Luz, The Dodos, Anna Burch, Surfer Blood and collaborate with members of Father John Misty and producer Riley Geare (Unknown Mortal Orchestra, Caroline Rose).

‘A Flower From Behind’ draws inspiration from the American folk tradition, country songwriters such as Roger Miller and Guy Clark and 19th century romantic poetry.

The EP single “Lie” is the first song Hoffman wrote that embraces his country roots. “It brings me back to the trailer park and motel where I spent a lot of time growing up,” says Hoffman. “My grandpa would drive me around in his red Toyota pickup on his way to repair something at the pool hall or the country store, and sing Roger Miller and Willie Nelson tunes while drumming his fingers on his leather steering wheel cover. It’s the first song I wrote that embraced my country roots like that, and came out of a set of circumstances that were making me weary of certain people I had left behind in my hometown.”

“Lie” is accompanied by a video directed by Alexandra Steele and Geoffrey C. Knecht. It shows Hoffman performing on a set built entirely from recycled materials. “I built the set using recycled material from my day job as a prop assistant,” Hoffman explains. “We built it and shot it over two days in my friend’s garage.”