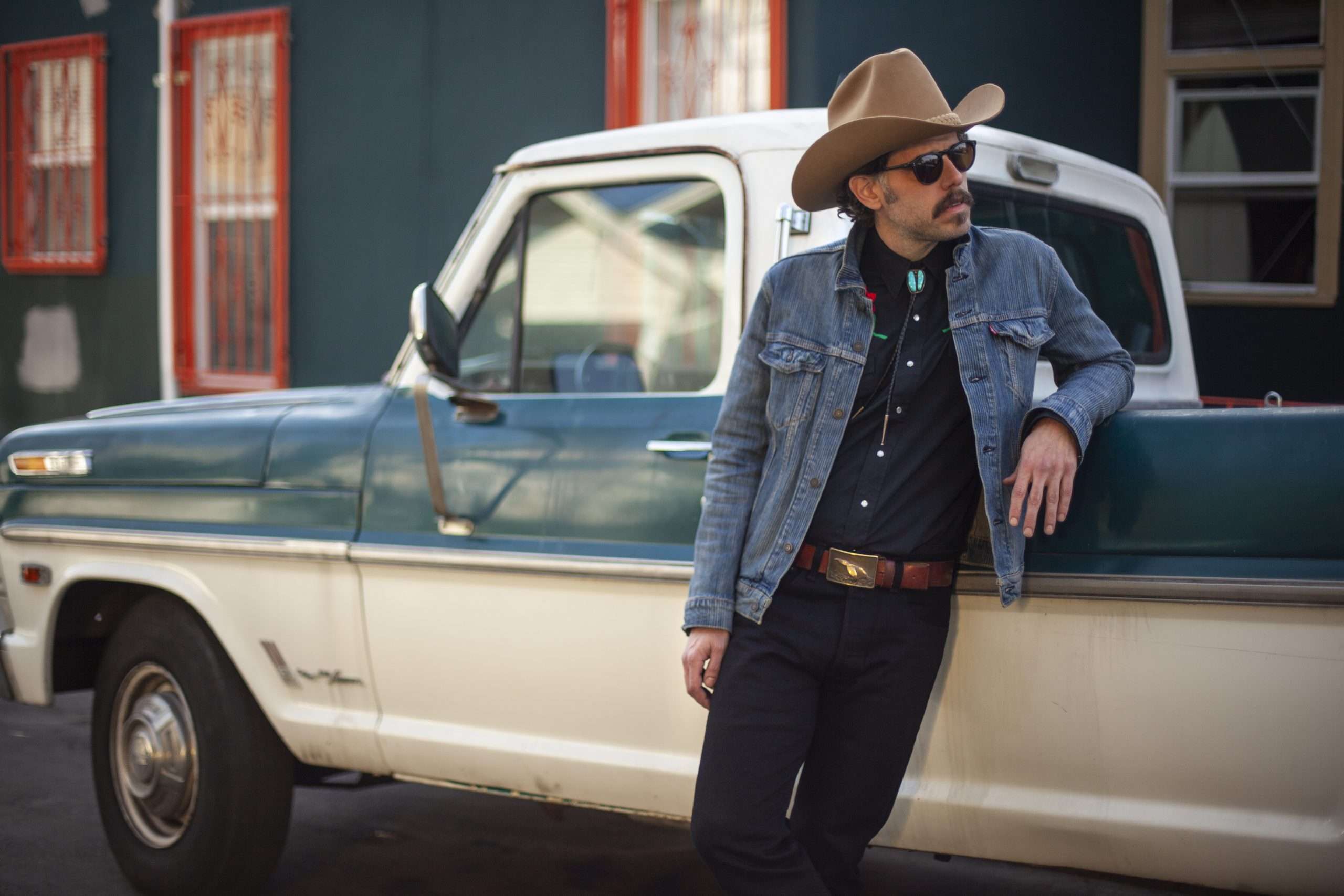 Tipping the Stetson hat that covers his scruffy hair, Lasers Lasers Birmingham carries on the legacy of hard living, left of center country music from the city of angels.

Warning, the first full-length album from Los Angeles based Lasers Lasers Birmingham, finds Alex Owen, the man behind the moniker, walking a tight rope between honkytonk persona, real life and near death. With an album title that is as much artistic statement as cautionary tale, Warning feels like a natural progression from the critically acclaimed 2016 EP, Royal Blue. Owen’s brand of “weird country music” draws inspiration from both right and left field, citing George Jones and Pink Floyd as influences.

Owen says he is inspired by classic country but with themes that are very “un-country”.  Explaining further he said, “I believe the job of the artist is to report on their time, place and experience.  So, it would be inauthentic of me to attempt to sound exactly like my country music heroes.” With a knack for lyrics, phrasing and songwriting, Owen accomplishes what he sets out to do and The Daily Country has described his music as, “…awash in modern day storytelling that retains true, traditional country sensibilities.”

You can tell it will be an atypical night just by scanning the crowd at a Lasers Lasers Birmingham show.  Mohawked fans mingled with unironic cowboy hats, and some country-loving fans bring their kids along. Every show has a few guarantees:  Self-aware cowboy songs ranging from sarcastic to tender, an engaging performance where the audience is encouraged to shout out or sing along, and at some point, you will witness something simultaneously familiar and absolutely brand new.