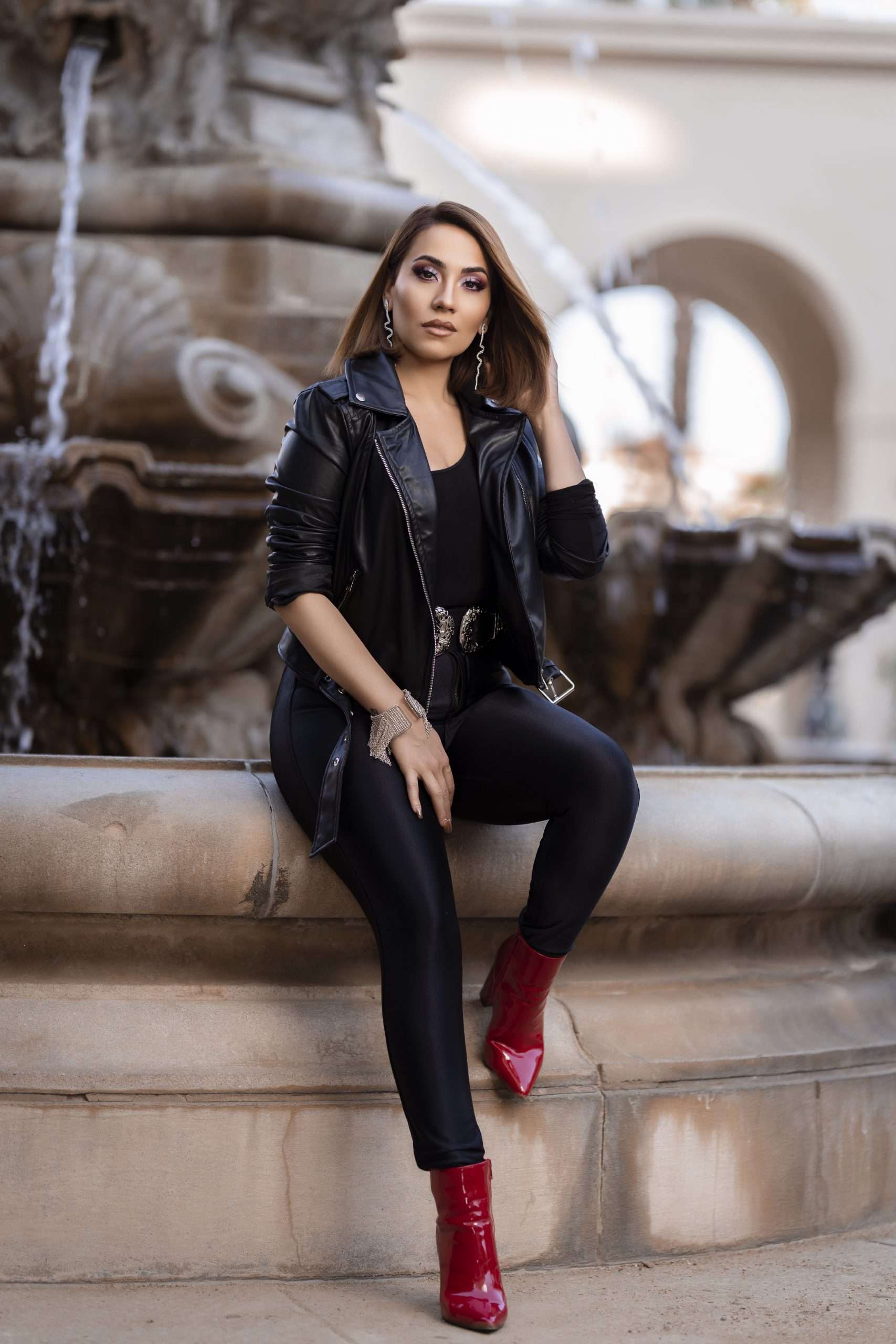 The strength and power of her unique voice is not only seen on her songs, one can feel it just by having a conversation with her. Gabby is a young woman full of joy and charisma, distinguished by her originality in her songwriting and her heartfelt interpretation of her songs.

Gabby Tamez, singer-songwriter of Mexican roots, was born on March 20 in the city of Montemorelos Nuevo León, Mexico. She was raised in China Nuevo León, Mexico, but when she was 12 years old, she moved to South Texas in search of the American dream.

She started to showcase her talent at a young age in Texas. When she was just 15 years old, she joined the school mariachi, and that became her home throughout high school. She sang in local events, charity and all the places where the opportunity was presented.

At the age of 18, Gabby produced her first CD titled “Muriendo de Ganas” or “Dying of Desire” which includes two songs written by her. Months after releasing the album, Gabby writes “Se Me Declaro,” a song based off a personal experience that was received extremely well in social media.

In January 2014, Gabby moved to the city of dreams, Los Angeles, California, where she became the lead singer of an all-girl band in the internationally-broadcasted late-night show “Noches Con Platanito”.

She was nominated for “Premios de La Calle,” and won an honorary award at the “Corazon Awards”. She has participated as a judge in various singing and modeling contests. She has also conducted different television shows and has been in different commercials and music videos.

In March 2018, Gabby had her musical debut at the “Dia Nacional de La Banda Ocean Fest” where she went on a cruise ship from Long Beach, CA with the final destination being Ensenada, Baja California. Gabby shared the stage alongside artists such as Banda el Recodo, Banda MS, 3BallMTY y Banda Los Recoditos. She was then presented by singer Luis Angel Franco “El Flaco”, from La Banda Los Recoditos, who gave her the kick of good luck to pursue her career.

In June 2018, Gabby was crowned as the queen of the Hollywood carnival on Los Angeles, California (Los Angeles City Hall). Soon after that, she walked in the parade that happens in the famous Hollywood boulevard, where she celebrated her crowning alongside thousands of people from different nationalities in this very special celebration that appreciates cultures from all across the world.

In October 2018, Gabby participated in “La Voz: Mexico” the Mexican version of the popular American series The Voice, one of the most popular reality TV shows around the globe. The artist captivated the judges with her unique personality and voice, where artists Maluma and Carlos Rivera had a dance-off to see who would win her over. Gabby started as a part of Team Maluma, and was stolen by coach Carlos Rivera during The Battles, who helped guide her all the way to the Semifinals.

In January 2019, Gabby was the only woman out of many artists to perform at the T-Mobile Arena in Las Vegas, Nevada celebrating the National Day of the Band alongside the biggest male performers in the regional Mexican genre. El Recodo, Christian Nodal, Gerardo Ortiz, Angeles Azules, Los Recoditos, Raymix, Banda La Adictiva, are a few of the many that performed in this event.

Without any professional vocal or musical training, and in a difficult career and industry that is difficult to crack, Gabby still continues to prosper and grow as a female artist, pushing day by day to reach her ultimate goal “I want people to be able to recognize my songs and be able to relate to them, so one day I can go onstage and have many people from everywhere dancing and singing along to my music”.