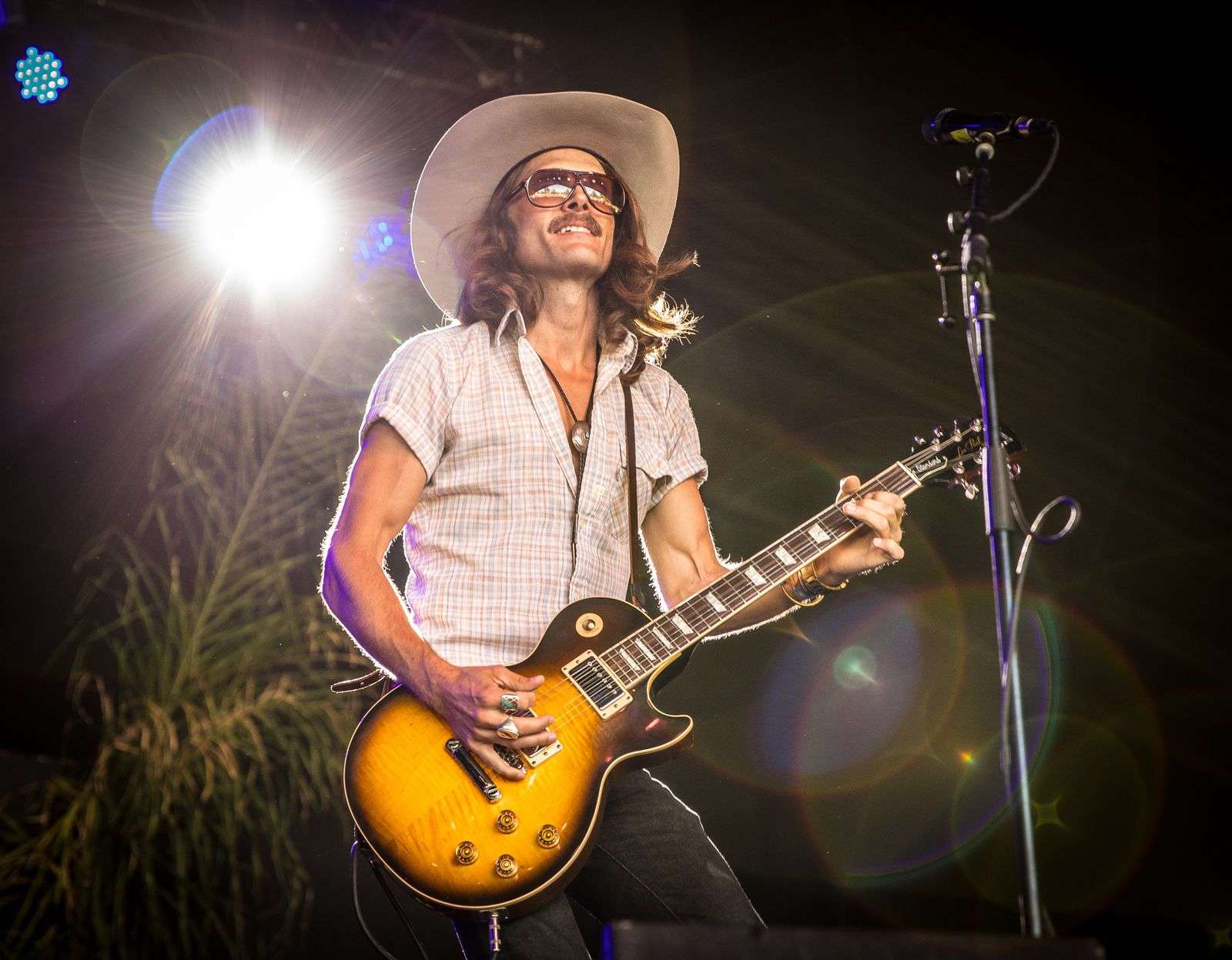 Leroy from the North

Leroy From The North is the brainchild of guitarist and singer-songwriter, Eli Wulfmeier.  You may recognize Wulfmeier’s name from playing and touring with music notables such as Katy Rose, Brian Wright, Shelby Lynne, Joe Purdy and Jonny Fritz. He also played guitar with Interscope Records band, The Wild Feathers for close to 3 years and was a member of the band, Dorothy.  “I think that playing with others, has had a positive impact on my writing,” claims Wulfmeier. “This last year has been spent writing a lot while I was non-stop touring with Dorothy. All that time away allowed me to work on lyrics and absorb different cultures and scenery. I’m grateful for the experience.”

Originally from Michigan and now based in Los Angeles, his music is influenced by the sound of the ‘70s country gold, mixed with a little Detroit steel. Wulfmeier defines it as “Straight forward, guitar-driven rock with a slight drawl.” Joe Armstrong of Independent’s Day Radio wrote that, “He sounds like an apple that fell directly off The Allman Brothers Tree. On guitar his trick bag is full of tried and true rock and roll licks and he executes them with smooth flair and tasteful approach that can at times lean toward the incendiary.”

Health and Fitness is the first official release of Leroy From The North, but there will be an LP of all new material following on its heels that is set to release this fall, 2021.  The 5-song EP was produced and engineered by Geoff Neal (Chris Robinson, Black Keys, Dwight Yoakam) and was recorded at the legendary Hollywood studio, Sunset Sound.

“For this EP I wanted to bring in some songs that I had finished and just see how they developed with a band,” Wulfmeier explains. “We started playing ‘Here in my Home’, ‘Hey Man’, and ‘Into the Sunset’ live to see how they felt in the set, so those moved along fairly quickly in the studio. ‘Locked Out’ and ‘Fast Friends’ I had recorded earlier with Daxx Nielsen on drums, Johnny Flaugher on bass, and Rai Thistlewait on keys.  Those songs just seemed to round out the EP, so it made sense to add them. I think the overall vision was to make an EP that had some teeth, but was still fun.”

Health and Fitness kicks off with “Here in my Home”, a song about isolation and trying to keep up with an ever-evolving society. “I wanted the song to sound heavy with guitars and be a bit more delicate in the verses to accentuate the conflict,” he explains.  The classic Southern rock feel of “Into the Sunset” is a more light-hearted tune about overcoming adversity and feeling that things will turn out okay in the long run.

“Locked Out” has the overtones of 70’s era Gordon Lightfoot.  “To me, it feels like a hangover,” Wulfmeier noted.  “The lyrics are about someone who is trying to hold on to a relationship, but he just can’t help himself. He makes the wrong move at every turn and just can’t win.” “Fast Friends” is a rhythmic rocker that is simply about becoming better friends after a fight. “Hey Man” touches again on the theme of isolation and confusion and voices a bit of outrage fatigue.  “This song was a way to express my concern with the way our privacy is quickly going away, and how we willingly allow it to happen,” he explained. “Social media has us rating each other constantly and I find that a bit off-putting. It’s tough because it feels like we have to participate in all of it or there’s a possibility of being left behind professionally and socially. I wanted this song to have a sort of tension and release at the end. Sort of a ‘fuck it, let’s have fun’”.

In high-school Wulfmeier played in clubs around Detroit. From there he moved out to California and went back and forth between San Francisco and Los Angeles picking up gigs. Eventually, he got an audition as a guitar player with Katy Rose and toured for a year with her.  Following that he started a band called, Lexington Queen that played around L.A. for a few years. After the band ended he took an internship at Interscope Records, where he landed in a band the label put together called, The Wild Feathers. “They were a band the label wanted to model after The Eagles, so it forced me to become more of a singer and lyricist, “ he pointed out. It was that experience that pushed me to start Leroy From The North.”

“Making Health and Fitness was meaningful,” Wulfmeier expressed.  “I got to record with all of my friends. I’ve played with many of them in different bands, so it was nice to have the familiarity and professional respect.  We had a blast recording and I’m excited to do it again soon. I’m looking forward to releasing more music and videos soon, as it’s been pretty fulfilling so far.”